The European Union is preparing to set new objectives for reducing greenhouse gas emissions by 2030. Ursula von der Leyden, President of the Commission, is expected to announce them tomorrow in a critical State of the Union address.

As a management company committed to climate transition, we support these additional efforts and support the demand of the IIGCC, of which we are a member, to reduce emissions by at least 55% by 2030 (compared to 1990 levels).

We share the analysis that these efforts are essential for European competitiveness and growth and a sustainable economic rebound after the COVID-19 crisis, from which we are still suffering grave consequences.

The objective suggested by the IIGCC is based on a report available at the following address: IIGCC_Report. This ambitious objective is necessary to limit global warming to 1.5°C. It must be seen as a crucial step towards the carbon neutrality targeted for 2050, following the recommendations of the IPCC (International Panel on Climate Change, under the aegis of the United Nations) and the European Green Deal plan. This step will provide additional visibility to the financial world and will guide far-reaching decisions for our shared future.

Achieving the target of 55% by 2030 is possible with the wider use of mature technologies and accelerating the time to market of those under development. It is even possible to improve the target by combining new technologies and changing our behaviour in favour of a more modest lifestyle.

The rapid development of renewable energies and the improvement of energy efficiency appear to be two powerful levers for European policies and two sources of sustainable economic growth. These efforts offer attractive profit prospects for investors while promoting employment.

A committed manager and investor

Anaxis has implemented a voluntary policy to reduce the carbon intensity of its bond portfolios, which implies a gradual exit from the fossil fuel sector. The CO2 intensity of our management has been reduced by 24% in one year. We have no coal investments, and the other segments concerned represent less than 3% of assets under management.

To go further, Anaxis has set a target of reducing the intensity of its portfolios by 7.5% per year between 2018 and 2028.

“It is important for policymakers to know that their most ambitious decisions regarding ecological transition are supported by a large group of investors and managers. Setting a clear 10-year target will mark a milestone in the economic history of the Old Continent. For many of us, this objective carries more hope than constraints.” 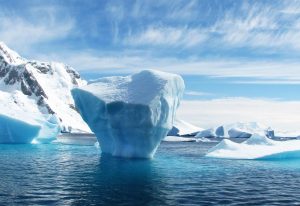